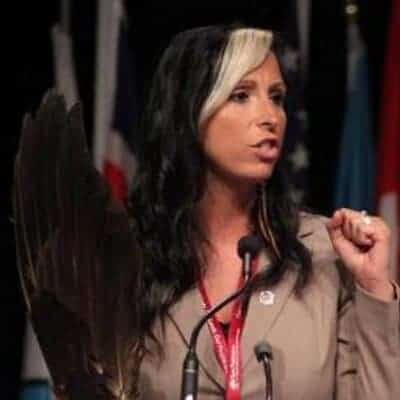 Pamela Palmater
Pam Palmater is a Mi’kmaw lawyer, professor, writer, and a member of the Eel River Bar First Nation. She is the Chair in Indigenous Governance at Ryerson University, a regular media commentator, and the author of several books, including Indigenous Nationhood and Warrior Life.
Support Us

Since being elected, Alberta’s Premier Jason Kenney has been bent on attacking First Nations, scientists, environmentalists, or anyone who opposes reckless development of the tar sands. When that does not work to deter the growing criticism, he attempts to distract Albertans with the myth of foreign entities trying to destroy Alberta’s energy industry.

His latest effort is a $3.5 million dollar public inquiry that appointed accountant Steve Allan to look into “the role of foreign funding, if any, in anti-Alberta energy campaigns.” Allan’s inquiry—which rejected public hearings as “too costly and lengthy”—appears to finally be reaching its publication.

According to a draft obtained by The Breach, the commissioner engaged only with “those thought to have an important perspective.”

Spoiler alert: it is heavily focused on hearing from individuals who are pro-oil instead of the many First Nations, scientists, and civil society groups with serious concerns about the tar sands.

The Allan Inquiry appears to be less like an objective public inquiry and more like another PR tool being used by Kenney to distract the public from the very real economic, social, legal, and environmental damages caused by the tar sands. It comes on top of Kenney’s $30 million dollar, tax-payer-funded, oil propaganda war room.

Kenney has effectively ignored the research which shows the devastating impacts of the tar sands on the environment; the higher rates of cancer in local First Nations; and the elevated incidences of sexualized violence to Indigenous women and girls from its infamous man camps.

This PR slight of hand does not serve Albertans—80 percent of whom support a shift to renewable energy. Nor does this inquiry serve Canadians—the majority of whom say investing in renewable energy, like solar and wind power—should be a priority. Ironically, it also ignores the calls by the tar sand workers themselves for support from government to transition to jobs in renewable energy.

If the concern is foreign entities engaging in anything having to do with the tar sands in Alberta, then it might be useful to note that most of the tar sands production is owned by foreign companies and shareholders—a whopping 70 percent. Yet it will be Albertans who are on the hook for the $260 billion (and rising) remediation costs for clean up of tailings ponds, oil and gas wells, pipelines, and other contaminated areas.

A “Who’s Who” of pro-oil First Nations perspectives

One of the worst parts about the Allan Inquiry is its not-so-subtle shift in focus from foreign-funded anti-energy campaigns into an accountant’s analysis of the First Nations’ perspectives on the extractive industry—something that is not in line with the inquiry’s purported focus or Allan’s area of expertise.

The “First Nation” section of the draft report lacks in research, legal analysis and more importantly, First Nation perspective. Instead, it reads like a “Who’s Who” of pro-oil First Nation individuals and corporations. While no one has ever suggested that all First Nations (Indian Act bands) agree on the subject of the extractive industry, the failure to meaningfully engage with the actual rights-holders, which include not only First Nation leaders of individual First Nation communities, but also the Nation-based rights-holders like traditional leaders, community-based leaders and advocates, elders, and Indigenous women, skews the report.

Widespread First Nation opposition to the tar sands has inspired many informal alliances and social movements of First Nations, human rights groups, environmentalists and scientists to come together to protect the health of the lands, waters and people. It even inspired The Treaty Alliance Against Tar Sands Expansion – which originally included First Nations (not individuals) from Alberta and some of those cited in the Allan Inquiry.

It also speaks volumes about the pro-oil slant of the Allan Inquiry that there is no gender-based analysis of the tar sands as it impacts First Nations. There was no substantive consideration of the findings of the National Inquiry into Missing and Murdered Indigenous Women and Girls and their concerns about the relationship between the extractive industry and the high rates of violence against Indigenous women and girls. The National Inquiry noted that the economic benefits promised to Indigenous communities are rarely as large as promised and that these projects pose additional threats to Indigenous women like sexualized violence.

They called on federal and provincial governments to fund further inquiries into the link between the extractive industry and sexualized violence—“pathways to colonial violence”—which include rape and assaults. The important voices of Indigenous women survivors, experts, advocates and community-based leaders have been overlooked—once again—in favour of First Nation men and male-dominated corporations engaged in the industry.

First Nations have never had their sovereign authority, jurisdiction or laws respected over their lands and resources. They have been subjected to centuries of genocidal laws, policies, and practices by all levels of government and industry, which has literally created and maintained communities in extreme levels of poverty and disadvantage.

Even who can speak for First Nations interests has been largely controlled by the federal government through the Indian Act. Governments, police forces and industries have long pressured First Nations to agree or else—the kind of undue duress that would invalidate agreements in any other context, except not when it comes to First Nations.

The First Nation right to say “no” has rarely been respected. This leaves most First Nations with few options but to say yes to projects as a form of harm reduction. Some of these First Nations feel they have no choice but to “negotiate” an agreement, and in so doing try to incorporate as many protections for their lands and people as possible. First Nation leaders have explained that signing these agreements does not mean they consent. When responding to the claims made by Kinder Morgan that all the First Nations on the pipeline route signed agreements, Squamish National Council spokesperson Khelsilem Dustin Rivers explained:

There are a number of First Nations that may have made whatever agreements that they had to make on their own behalf… But that does not necessarily mean that these First Nations are in favour of the pipeline. It means that they have had to consult and be consulted by the government to ensure that there are some protections for their communities, but that does not translate into consent.

Similarly, extractive industry agreements which include provisions that First Nations won’t oppose the pipeline are not express indications of consent. Ditidaht Chief Robert Joseph explained that trying to fight is “futile.” He said: “We agreed not to oppose the pipeline because our first priority has to be to protect our resources, and if we oppose the pipeline, we’re sitting ducks.” And this isn’t a metaphor. First Nations who refuse to engage face retaliatory actions by federal and provincial governments like smear campaigns and their people face criminalization, threats and even incarceration.

But wait, wasn’t this Inquiry supposed to be about foreign entities funding research and advocacy against the dangers of the tar sands?

Kenney’s Allan Inquiry is far removed from the real issues of concern to Albertans, Canadians, First Nations and even tar sands workers. But it looks like that was the point.

Climate | Indigenous rights are a counterforce to the climate crisis 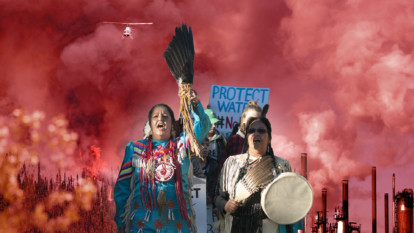 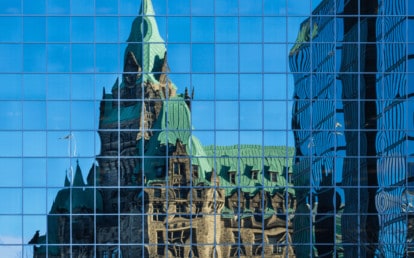