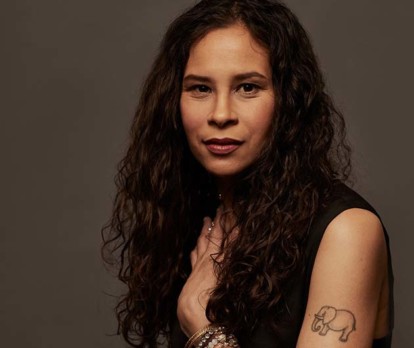 El Jones
El Jones is a poet, journalist, professor and community activist living in Halifax, Nova Scotia. She was the fifth Poet Laureate of Halifax.
Support Us

The movement for Black lives is about fighting for justice and against state violence. But what’s most notable in Canada a year on from the killing of George Floyd is how successful those in power have been in deprioritizing that struggle—a struggle for the least powerful and advantaged Black people—and making our priorities all about Black entrepreneurship.

The Canadian state and its collaborators—both white and Black—have quickly shifted the focus to banking, entrepreneurship and finance. We can’t even get cultural programs in prison, but we now have multiple new organizations in Canada for Black businesses, a senate report on Black entrepreneurship, and major grants for Black capitalism.

The official discourse isn’t about making sure the single Black mom doing hair in her kitchen isn’t getting kicked out of housing for an “illegal business.” It’s about the wealthy who talk about “not wanting a handout” using the deaths of working class Black people to give themselves money, while not fighting policing or the war on drugs that is killing Black people.

We didn’t even get a second to talk about policing before everybody was making it about Black people on university boards, in the boardroom, or Enbridge hiring Black employees.

What we’re seeing at this moment is those who are in the position to get theirs, can get theirs through a new diversity initiative or consultantship. Yet the masses of Black people are still living in housing, still facing adverse health outcomes, still getting suspended from school. Working class Black people aren’t getting any changes.

One of the most glaring examples of this trend is the Black North Initiative. Launched in the middle of last summer’s political protests, their main action appears to be getting hundreds of corporations—Enbridge, TELUS, CIBC, and many others—to sign a CEO pledge to diversify their boards and workplaces and invest in the “Black community.” They’ve received plenty of puff pieces in the press, but their actual impact on Black peoples’ lives is far from clear. What is obvious is that by signing the pledge, some of the most harmful corporations in Canada have gotten a public relations boost and the opportunity to blackwash their reputations.

Even with the government funding for Black entrepreneurship launched by the Liberal government, they don’t mean a Black woman braiding hair in her house. They’re not counting that as entrepreneurship. A single mother who takes in people’s kids to watch, they’re not funding them. It’ll be Black people with MBAs that are in a position to get this money.

Yet because of white supremacy we have an ethos in the Black community that we’re not supposed to critique each other in public. But we’re getting more Black people in positions of power. We have Black people on boards, we have Black banking executives, we have Black politicians. This idea that now we can’t critique them out of Black solidarity is harmful to us. That’s the problem right now. I don’t think we’ve learned to cope with the notion that Black people can be part of and are part of the power structure.  It’s what leads to a neoliberal system of elite identities that papers over the fact that the state is still as violent towards Black people as ever.

This isn’t a new issue. Think of all the Black Democrats in the United States that came through the civil rights movement, but then voted to weaponize the police that directly led to Ferguson. People like John Lewis, civil rights heroes who then went on to become what Black Agenda Report calls “the Black misleadership class”. This is not unique to Black people, Indigenous people talk about this with the band council system too. I don’t want to suggest Black people are worse, I’m suggesting that this is capitalism.

There are many Black capitalists and many Black people who believe in representative politics, which has sort of reached this apotheosis in the Biden government. It’s like “oh Raytheon! He’s Black!” We’re appointing all these awful neoliberal politicians that we’re supposed to celebrate because they’re a woman or queer or Black. Then whenever you launch a critique, you’re called racist or sexist.

I’ve been saying for years that things were going to get hot and then people would go: “Well why do you care? You can still do your work?” But you actually can’t. Take as an example organizing around prison abolition. Now people are coming into your lane and they sit at the table and say really destructive things like: “we need Black halfway houses”. But we do not need halfway houses. Those will become supermax halfway houses that prevent Black people from getting community release. Or they say: “We need more Black guards and wardens.” No we don’t. We need to get rid of prisons.

It’s really hard because even now I’m talking about it and it’s like “oh you’re attacking all these other Black people”. No, I’m attacking bad policy that has already been proven to not help Black people. If you haven’t been paying attention please don’t come through in 2021 talking about how we need body cameras when we’re trying to defund the police. Ten years ago we figured out that body cameras didn’t work.

Nobody among the elite wanted this radical kind of discourse to emerge but now we’re in a moment where this stuff has become trendy and all these people have jumped in in order to benefit. I include myself in people who have benefited from this moment, because I just got a full-time job. But for years I couldn’t get a full-time job. If I had done data driven research on how Black cops experienced racism, I’m sure I would’ve had a job ten years ago!

But the benefits that are flowing aren’t going to the people who are actually living in prison, actually living in shelters, actually being policed by the cops for drug use or for homelessness or for mental illness. That’s what we need to focus on and it really bothers me that we’ve shifted so far away from state violence, critiquing capitalism, and understanding consumerism.

Last summer when I was struggling with the co-optation of the movement I was reading Chris Hani talking about the African National Congress (ANC). Hani was the leader of the South African Communist Party and chief of staff of uMkhonto we Sizwe, the armed wing of the ANC (ANC). In the 1960s, the anti-apartheid movement had gotten exiled to places like London, where their leaders had become celebrities. But meanwhile on the ground in South Africa, people were dying in the apartheid struggle.

And Hani basically said: “y’all are all in exile and not doing shit. You’re not doing shit in the community. You don’t live on the ground. You’re just taking all this money from rich white people abroad. “

Hani almost got killed because he was critiquing what we would now refer to as neoliberalism within the ANC (and he was eventually assassinated by anti-communist extremist). And of course that’s borne out now that the ANC serves a neoliberal agenda, and goes and kills miners in Marikana. Because they never actually dealt with global capital. When Nelson Mandela was coming out of prison, they weren’t going to let him out if he was going to be like: give us back the land. And in the end, the ANC didn’t touch white capital. They didn’t take over the mines. They didn’t nationalize the banks. They didn’t get the land back. Of course, that’s not Mandela’s sole fault. They weren’t going to give Black people political power and also dismantle capitalism.

Black people were property. That is the underlying relationship of racism and capitalism. As Eric Williams told us almost 80 years ago on capitalism and slavery: capitalism gave birth to slavery. It’s not the other way around. People needed labour and they created an ideology to support Black labour. That kind of leftist analysis has been very absent at this moment.

We have to understand that mechanism of power and of state violence. That whiteness is granted to you on the basis of your willingness to enact violence on Indigenous and Black people. It’s really important to understand that class issues and race aren’t separate. One of the mistakes of a current in the contemporary left is this bourgeois use of racial politics, which is to make anti-racism into an elitist project. Whereby some people tell us we need more Black bank executives, as opposed to actually dismantling the capitalist system that gives rise to racism and also screws over the poor white worker.

Right wing populist politics directly targets people under this idea that immigrants are taking your job, Black people want too much, Indigneous people get to hunt and fish and you don’t. These rhetorics are powerful. Part of the problem of the left is that the right in many ways out-memes us.  The right works well with very simplistic narratives: “This prisoner is bad”; “you need cops to come and get the bad people.” Authoritarian narratives appeal to those parts of ourselves that want an easy answer. The problem is, our answers tend to be complex and that makes them sound intellectual. Who has the patience for that?

It’s easier to reduce complexity. “BLM or Marxists, they wanna take your guns”, is easier than “race is a complex issue which was constructed through history.” That’s the challenge the left has. And then we get bogged down into simpler solutions for ourselves like language policing. So it’s harder to deal with these institutionalised issues and it’s harder to build that solidarity.

But we have to do it. There aren’t any short-cuts to liberation.

This piece is based on an interview with El Jones conducted by Jacob Pollack on Propaganada. 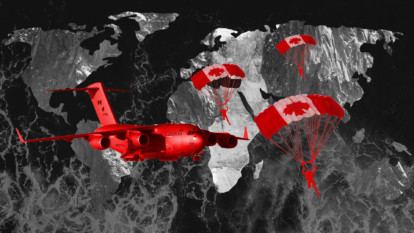 Police | Toward a police-free future in Canada