A year ago today, Erin O’Toole, newly selected as the leader of the Conservative Party, made a pitch to workers with a Labour Day ‘solidarity’ message. He spoke of the plight of working people, railed against “big government” and “big business,” and promised to put “Canada First.”

Since then he’s bemoaned deindustrialization, lambasted free trade deals, talked about “too much power in the hands of corporate and financial elites,” and just a few weeks ago, released a platform with a suite of policies that appear to embrace worker’s rights.

It’s no wonder pundits in Ottawa are confused—including some who have branded O’Toole a born-again labour socialist.

But a closer look at his platform and history tell us that Erin O’Toole is no friend to working people. To the contrary, what we are witnessing is the most savvy effort in some time by a Canadian Conservative leader to adopt the right-wing populist playbook of economic nationalism, fused to an agenda of corporate tax cuts, unfair trade deals, and militarism.

O’Toole’s duplicity starts with his bio. While he makes much of not being a “typical career politician,” his trajectory follows a familiar revolving door between the corporate and political worlds. During his tenure at a Bay Street law firm, O’Toole served as a lobbyist for Facebook as they threatened to withhold investments in Canada if the government didn’t grant them legal assurances. And while donning a workmen’s bomber jacket, O’Toole has used every opportunity to remind us that he comes from a “General Motors family,” even though his father John O’Toole was in fact a GM boss—a member of the anti-union management class. O’Toole Sr. ultimately became a Conservative MPP and supported Ontario Premier Mike Harris’s “Common Sense Revolution” that eviscerated Ontario’s public services.

When auto workers’ lives were upended after GM shuttered its doors in Oshawa in 2019, Erin O’Toole, although minted as a champion of the working class, was nowhere to be found—he abandoned his working class constituents. In the aftermath of the car manufacturer’s closure, Oshawa’s autoworkers resourcefully banded together and built the Green Jobs Oshawa proposal to save their jobs, demanding that the GM plant be brought under public ownership and retooled for the production of green vehicles.

Here was, as labour historian Doug Nesbitt pointed out, the “the high-wage ‘Canada First’ policy bubbling up a short drive from O’Toole’s riding office. O’Toole did nothing and said nothing.”

O’Toole’s behaviour during the pandemic has offered more proof of the hollowness of his pro-labour stance. After initially offering tepid support to the Canada Emergency Response Benefits (CERB), he later spoke ardently against it—calling it a “waste of money” that jeopardized people’s “work ethic” and cheapened the “nobility of work.” And as the economy has started to open up again, O’Toole has aligned with the big business assault on CERB, as they desperately seek to lure workers back to unsafe, low-wage jobs. So much for being a warrior for working people.

His fiscal conservatism did not, however, equally apply to the Canada Emergency Wage Subsidy (CEWS)—which saw the federal government pay 75 percent of wages directly to employers to re-hire and retain their workers. A poorly conceived program with no checks on corporate manipulation, the funds have been parasitically siphoned off to the upper echelons of companies (think hedge funds and wealth managers) or as dividends to shareholders. Profitable enterprises have hoarded the money while laying off staff—but O’Toole’s support has never flagged. In total, over $90 billion has been disbursed through CEWS, surpassing the total cost of CERB and with none of its “trickle down” effects.

A grab-bag of worker-friendly gimmicks

O’Toole’s election policy platform pledges to continue a slightly modified version of the CEWS  program, rebranded as the “Canada Job Surge Plan,” but his plan fails to include any measures to eliminate fraud,  demonstrating his deep political intimacy with the very “elite” against which he claims to stand.

O’Toole’s ‘pro-worker’ platform includes promises of giving workers “a seat at the table” by adding them to the boards of federally regulated employers. But this will do little to enhance workers’ power, not to mention that the proposal conveys nothing about the specifics of what this would look like in practice (workers would almost certainly be outnumbered on boards).

In fact, listening to O’Toole talk about giving workers a “real voice” bears a striking resemblance to union-busting talking points: eliminate unions to keep the lines of communication open between workers and their employers, the claim goes, with little thought given to how or why these employers would be compelled to listen when the power imbalance is structurally tipped in favour of the employer. It’s all “smoke and mirrors,” as labour scholar Larry Savage has put it.

O’Toole’s only truly worthwhile promise is not to reintroduce the anti-union and anti-worker legislation that he actively supported under Harper’s reign.

Thankfully not everyone is buying O’Toole’s new act. Labour leaders, including from the private sector about whom O’Toole feigns concern about low rates of unionization, have rebuked the Conservative leader’s rhetoric. They say anti-scab legislation, for instance, would do more to bolster workers bargaining power than O’Toole’s “grab-bag of gimmicks.”

Gimmicky too are the proposals to improve job security for gig workers, another promise in O’Toole platform. Gig Workers United, a worker collective of delivery app couriers supported by the Canadian Union of Postal Workers, revealed that Dan Mader, the corporate lobbyist for Uber in Ontario, is the person in charge of the Conservative Party’s federal policy framework. The party’s proposals include the creation of a portable savings account whereby gig economy companies like Uber would make contributions equivalent to CPP and EI premiums.

But this doesn’t address gig workers’ central concern: their misclassification as “independent contractors” rather than employees, and their subsequent exclusion from basic employment standards protections and the right to unionize. Mader and O’Toole’s concoction simply replicates Uber’s efforts in Ontario, where they are attempting to formalize a permanent class of second-tier employment through Flexible Work+.

Some labour advocates calculate that this saving account would reduce gig workers’ EI entitlements to a measly $100 a month (or $1200 per year), as opposed to roughly $1690 a month if they were to be included, as employees, under regular EI benefits.

In response to the Conservatives’ plans, app-based worker and Vice President of Gig Workers

United Brice Sopher told The Breach that “none of what O’Toole proposed is based on what gig workers have been asking for.” During the COVID-19 pandemic, they’ve seen their wages drop below 50 percent of what they were pre-pandemic levels, and they are now relying more heavily on tips to survive.

Sopher believes that O’Toole’s plan is “one of the most anti-worker proposals in recent memory,

because it’s a race to the bottom as far as benefits and protections go.”

“It will legitimize Uber’s position and normalize it if passed at the federal level,” he said.

And with respect to migrant workers in the Temporary Foreign Worker Program, O’Toole’s plan is reactionary: instead of open permits that would allow migrant workers to change jobs, he wants to create an “employer system” that would only augment employers’ reach and power.

Despite their proposed plans to expand EI entitlements, there are no plans to grant migrant workers access to the EI system that they pay into, and no plans to protect them against reprisals from exploitative employers. O’Toole cannot reverse nor prevent outsourcing, but as long as employers across several industries can hire “labour without rights,” it will be a race to the bottom. Expanding equal protections to migrant workers is justice for all workers.

O’Toole’s brand of nationalist populism offers little of substance to workers in Canada. His alluring but empty promises are not only woefully inadequate, but are sure to further entrench the exploitation of workers and weaken organized labour.

A note from our editorial team
The Breach's coverage reaches hundreds of thousands of readers and viewers—no paywall, no ads. That's because our sustaining members contribute an hour of their wages per month to help us create independent, bold, transformative journalism. Join us today!
Become a Sustainer
Top | Illustration: The Breach
Topics 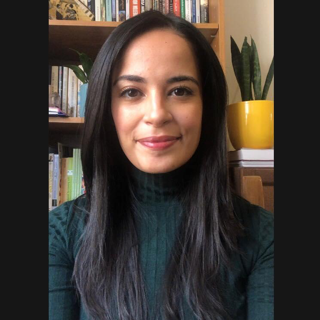 Rawan Abdelbaki | Rawan Abdelbaki is a PhD candidate in sociology at York University. She's an educator, a unionist, and a labor activist.
Follow The Breach
Related 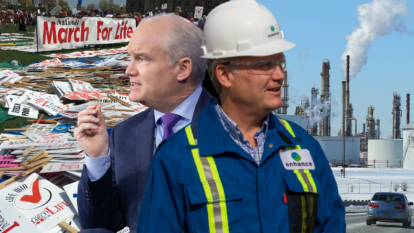 Right-wing politics | Bernier is a bust, but O’Toole is not so different 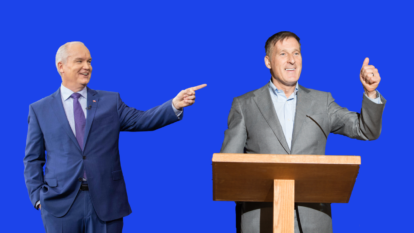