As the fifth wave of COVID-19 makes its dramatic landfall in the final days of 2021, it’s worth looking to the tiny Caribbean island nation of Cuba for inspiration—and for insight into how we might better manage infectious disease outbreaks.

Cuba’s population is roughly one-third that of Canada’s, but the number of daily confirmed COVID cases there last week—on a rolling seven-day average and adjusted to take into account our differing populations—was barely one-twentieth the number of cases recorded here.

In terms of vaccination—which we know is the main defence against the virus, including the super-spreading Omicron variant—83 per cent of Cubans are now fully vaccinated (with three shots). That includes children from the age of two, who began receiving the vaccine several months ago. So far, almost two million Cuban kids have gotten the jab.

Cuba, in fact, has vaccinated a greater percentage of its population than any country in the world, except the oil-rich United Arab Emirates.

Canada? With a vaccination rate of 77 per cent, we currently rank tenth among the world’s nations.

How can small country with less than a tenth of our Gross Domestic Product have a better COVID record than we do?

The benefits of community-focused public health

Cuba considers healthcare a fundamental human right. It boasts three times doctors per patients compared to Canada, and its community-focused public health system emphasizes preventive care rather than focusing on curing what already ails us.

When it comes to COVID, that community focus has had a significant impact.

Early on, Cuba implemented a national plan to combat the coronavirus, including a massive information campaign (using not just TV, print and radio, but also the mass organizations found throughout the country).

Thirty-thousand contact tracers tracked down all possible contacts of infected patients.  Initially, anybody suspected of having been infected was isolated in a variety of locations, including hostels, boarding schools and hotels until tests proved they could no longer spread the virus. When the COVID numbers grew too large for the hostels, the government switched to mandatory home isolation, but still coupled that with regular testing until patients were no longer infected.

Despite its own ongoing economic woes—exacerbated by the crippling decades-long US embargo—Cuba has consistently put the health of its citizens ahead of economic interests.

It completely shuttered the tourism industry—a crucial hard currency-earner—for several months until it could bring the virus under control, and then introduced stringent measures at resort hotels and at international airports to keep it at bay.

The government stopped interprovincial travel for weeks at a time to isolate regions where the pandemic had flared and employed the same strategy in some cities, with entire districts closed down. People were encouraged to work at home. Masks in public places are obligatory for all over six years of age.  Home schooling became mandatory, with schools only finally reopening last month.

It is fair to note, of course, that Cuba’s political and social systems make such measures easier to implement than in a society like Canada’s. But here’s something else to consider when we compare Cuba and Canada.

Canada effectively gave up even the pretence of drug sovereignty during the 1980s when Connaught Labs, Canada’s only government-owned vaccine lab, was privatized and eventually sold to a French company. We’re now scrambling to undo decades of neglect.

Cuba’s biotechnology industry, which employs 23,000 scientists in 20 state-of-the art research centres and 32 biotech companies, is a sort of biotech Silicon Valley. It produces 60 per cent of Cuba’s medications, and 80 per cent of its vaccines.

Among its more recent triumphs are the development of Climavax-EGF, a lung cancer vaccine undergoing clinical trials in the US; Heberprot-P, “a novel product for treating advanced diabetic foot ulcer” that has been shown to dramatically reduce the number of amputations for diabetic patients; and NeuroEpo, a treatment for Alzheimer patients.

Cuba is the only developing country to produce a homegrown vaccine for COVID-19.  The country’s biotechnology industry, in fact, has produced five different COVID-19 vaccines, including Soberana 02, which has a proven efficacy rate of 92 per cent, and Abdala, of which 24 million doses have been given to eight million Cubans.

Cuba has submitted its vaccine data to the World Health Organization and is expecting use approval by spring. With the arrival of the Omicron variant, it is also working on another specific vaccine, which is expected to be ready in the new year.

Millions of doses of Cuba’s COVID vaccines have already been exported to Venezuela, Iran, Nicaragua and Vietnam. Mexico and Argentina are considering purchasing Cuba’s vaccines for their own citizens and, following WHO approval, the market potential for the affordable Cuban vaccines is expected to become even greater.

The Cuban vaccines have an advantage over the mRNA-based vaccines produced by Pfizer and Moderna—they do not need to be kept in extremely cold temperatures.  As the Global North struggles with providing vaccines to countries in the developing world (many of which do not have appropriate storage facilities), the Cuban vaccines have a natural advantage.

And Cuba, unlike any other country or indeed pharmaceutical company, has offered to engage in transfer-of-technology projects in Africa, sharing its knowledge of vaccine production in the Global South.

Maybe it’s time we in Canada reconsidered Cuba’s home-grown approach to our pharmaceutical industry? And our profit-centred approach to dealing with the pandemic? While mainstream media in North America and Europe continue to ignore Cuba, there are clearly lessons to be learned from this small Caribbean nation.

Stephen Kimber | Stephen Kimber is a professor of journalism at the University of King’s College and the award-winning author of 12 books, including a novel and a nonfiction book about Cuba. His What Lies Across the Water: The Real Story of the Cuban Five was long listed for a Libris Award as the best nonfiction book published in Canada in 2013. 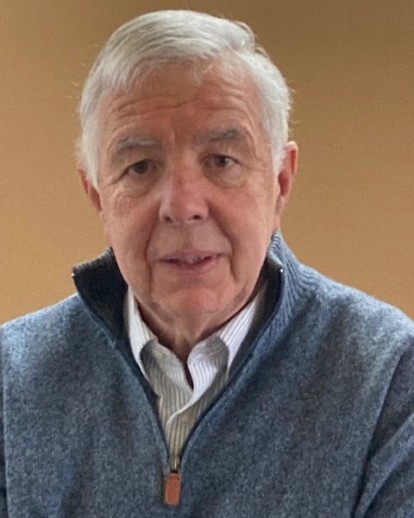 John Kirk | John Kirk is professor emeritus of Latin American studies at Dalhousie University and the author or co-editor of 18 books on Latin America. He recently co-edited—with international academics William LeoGrande and Philip Brenner—a virtual symposium, “The Road Ahead: Cuba After the July 11 Protests.”
Follow The Breach
Next / Last 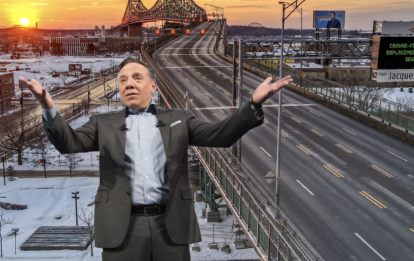 Billionaires | The case for abolishing billionaires 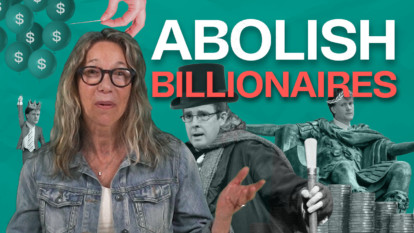