You have to hand it to him, Jagmeet Singh has pretty good moves on TikTok. The NDP leader’s social media prowess could be part of the reason his party has, according to 338 Canada, likely secured a majority of young voters, with 36 percent of those under 34 years of age.

While some might find Singh tries a bit too hard to be relatable, his bolstered social media presence is reaching young people in Canada who are rarely touched by campaigns. Building a relationship with them on the platforms they frequent has the potential to cultivate long-term support for the party.

But can the NDP maintain these young people’s support? That depends, and it won’t really come down to TikToks. If the NDP wants to win young people’s energetic and sustained support, it needs to offer them truly progressive and radical policy alternatives.

For one thing, much of the NDP’s existing popularity has to do with how much youth have felt betrayed by the Trudeau government over the past six years. The Liberals’ track record of buying pipelines, doing nothing to address soaring housing costs, and not fulfilling their promises to Indigenous people has alienated many. This has, undoubtedly, left many young folks looking for a progressive alternative.

When it comes to voting intentions, the NDP has led the Liberals since at least early 2021—a notable achievement given Trudeau attracted a historic number of young voters to the polls in 2015. Today, Millennial and Gen Z voters make up the largest voting bloc by age and could potentially swing crucial votes.

But the post-secondary debt crisis is one glaring example of where the NDP is still lagging in policy leadership—and not seizing on a potential groundswell of student support.

The Canadian Federation of Students (CFS) has found that the total student debt owed by students as of 2012 was more than $28 billion—$19 billion of which is owed to the federal government. No one is doing enough to tackle this crisis.

According to Statistics Canada, as of 2015, the average post-secondary graduate carries anywhere from $15,300 to $28,000 in student debt. That amount has steadily increased since the early 2000s and many recent grads owe four or five times that amount.

This election, the Liberals are promising to eliminate federal interest on Canada Student Loans and Canada Apprentice Loans. They claim this will “save an average borrower more than $3,000 over the lifetime of their loan.” For those with five- and six-figure loans, this is just a drop in the bucket, and certainly doesn’t bring them close to debt freedom.

The Liberals are also promising to freeze repayment on Canada student loans until grads earn at least $50,000 annually. This would only apply to single people, meaning young couples and families will have to figure out how to start paying back right away, no matter their household income. It’s also a policy that would impact grads differently, depending on the cost of living where they live.

The Liberals haven’t talked much about their post-secondary policies, and journalists haven’t questioned them. It can be expected, though, that they would compare their commitments, insufficient as they may be, to the Conservatives who are even worse on the student debt crisis. Erin O’Toole’s Conservatives don’t promise a cent to students or young grads in their platform.

In stark contrast, a progressive policy option from the NDP would shine. But while there is more for students in the New Democrats’ platform, their lack of details is worrisome.

The party says it would eventually amalgamate post-secondary education into the public system—meaning college and university education would be free and accessible to everyone who wants it. A truly excellent idea, if only there were a timeline or action plan associated with it. The NDP’s ambiguity around how it would work towards this goal means that it’s unlikely freedom from student debt should not be expected anytime soon.

The NDP is also pledging to eliminate interest on student loans. But they go further, promising to create a targeted debt forgiveness program that would forgive up to $20,000 in student debt for those who earn the least and owe the most. According to their platform, “in the first year alone, this will wipe out 20% of all student debt and help 350,000 borrowers save money every month.”

This is substantial but not as radical as it could be—considering advocacy groups like the CFS have long urged Canada to go way further and join the 18 other countries who charge nominal to no tuition.

The NDP promises to “move away from loans and permanently double non-repayable Canada Student Grants,” and to “let new parents pause repayment of their federal student loans until their youngest child reaches the age of five.” This addresses some of the insufficiencies with the Liberals’ plan, such as excluding families from debt repayment relief, but will still leave many young folks saddled with loans for the foreseeable future.

This election has, for many, become a vote for affordability. It’s why the parties are pushing so hard on issues like housing and economic recovery. But this only underlines how all the parties’ commitments around student debt are insufficient.

Across the country, money is spent by the provincial and federal governments on anything but setting the country’s largest demographic up for financial freedom. It is impossible to have an election about affordability without meaningfully presenting clear, progressive policies that will make post-secondary accessible and end the student debt crisis.

The NDP have clearly generated some interest among young voters, but fighting for a country of educated and debt-free youth would spawn far more energy and support. Young people want to make the world a better place. Giving them the opportunity to finish post-secondary and enter the workforce to pursue their dreams is the best way to do this.

Instead, rather than excitedly looking at a future full of potential, today’s Gen Z students need only look at the millennials who came before them, many of whom still can’t aspire to the life they want because they’re sinking in endless student debt.

Championing affordable post-secondary education and addressing the student debt crisis would be a sure-fire way for the NDP to resonate with an entire generation.

What makes this all the more politically frustrating is that Singh campaigned for leadership of the party in 2017 by championing tuition-free post-secondary education.

And at the party’s 2018 policy convention, members voted unanimously to eliminate student debt and all tuition fees—after a big swell of organizing by young people.

So what’s the cause for hesitation? Students have debt to lose, and the NDP has a huge reservoir of potential political energy to gain.

A note from our editorial team
The Breach's coverage reaches hundreds of thousands of readers and viewers—no paywall, no ads. That's because our sustaining members contribute an hour of their wages per month to help us create independent, bold, transformative journalism. Join us today!
Become a Sustainer
Topics
Follow The Breach
Next / Last 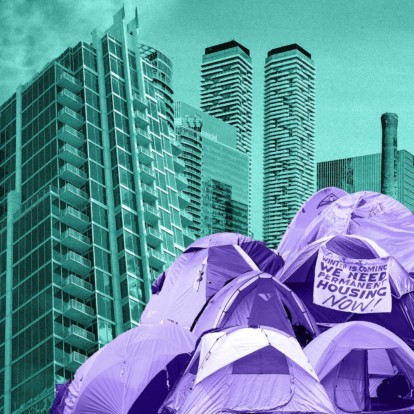 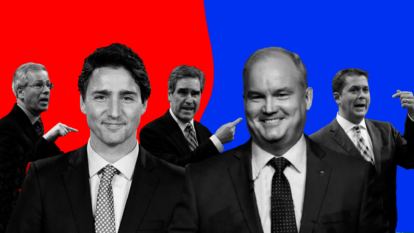